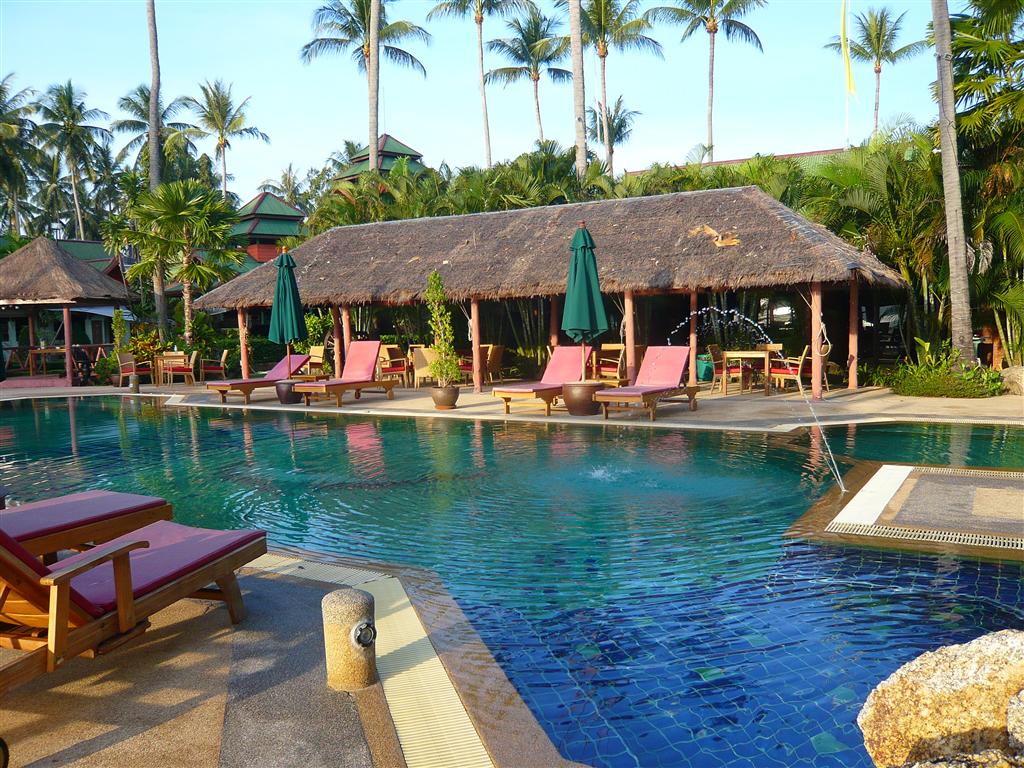 Atmanjai- 8 days worth a lifetime

When last summer my husband first mentioned the idea of going to a Health and Detox Spa in Thailand, I was not too enthusiastic. I thought that in such a place they starve you to death and force you to become a vegetarian. My resistance grew further when it became clear that we had to choose between an old dream for atrip to Burma and going to a Health Spa in Thailand. I said that I was going to give it a thought and quickly “forgot” about it. Meanwhile my husband started researching and looking for a reputable place and one day he said that he has found it- Atmanjai, on the eastern side of Phuket island in Thailand.

Remaining skeptical and still not willing to give up the Burma trip, I started reading visitor’s reviews, hoping to find a good excuse not to consider going to such a place. To my astonishment, review after review said nothing but praises- about the program, the facilities and the fantastic staff of Atmanjai. The stakes in its favor rose even more with its location- right on the ocean in Rawai,Phuket.

The reviews for both were gleaming so I continued reading, this time paying attention to the health-related benefits of such a program. They, too, were all gleaming. I finally agreed that we should go and give it a try. “Just don’t try to starve me or to getme do one of those colemas”, I told my husband; “…find me a program, which involves eating and minimum intervention of any kind”. Unlucky for me,Atmanjai has it all covered, so 6 months later we were watching the sunset over the Phang Gha Bay as our plane was ready to land at Phuket airport. Despite the flight delay the Atmanjai driver was waiting patiently for us- a service, offered free-of-charge both for arrival and departure (pretty generous, taking into account the trip is 1 hour each way and costs a lot, if taking a regular taxi).

It was past 6 PM when we arrived at the resort and were shown to our room by a friendly receptionist. Because we booked way in advance, we were able to get their best room for a good price- a seaside villa with patio,outdoor bathroom and jacuzzi with a million-dollarview. A plate of fresh fruit and a letter from Atmanjaiwere waiting for us. “ Welcome… and meet us by the pool at 7:00 AM”, it said. It quickly became clear that sleeping late was not going to be included in our daily schedule.

We were quite nervous the following morning as we headed to the pool, located only a few steps from our door. We saw a group of 5-6 people sitting around one of the tables. “Those people do not look starved or miserable”, I thought, “Quite the contrary”. They greeted us politely and rather energetically. A tall man in shorts approached us and we recognized him right away from the videos we watched- Michael Massey, the founder and owner of Atmanjai. A certified specialist ina number of programs and with vast experience in management and coaching, the New Zealand native immediately inspires confidence and trust. He welcomed us with a smile and invited us, along with a young Canadian woman, who also had just arrived, to sit in one of the thatch roof vestibules, a few meters from the sea. He handed each one of us a cloth bag, carrying awitty sign with giant black and red letters:” AtmanjaiSurvival Kit. Warning: Serious health improvement is likely to occur as a result of this program”. I was likingthis place already! Michael started taking out item after item from the bag, telling us what they were for with his (as we were going to find out later), usual calmness and sense of humor. First order of the day: cleansing shake (repeated 4 more times later). The shake (consisting of magnesium oxide, bentonite and psyllium) did not taste bad at first, but after drinking it for one day only one starts to utterly dislike it. The second order of the day: honey and apple cider vinegar, mixed with hot water. This one quickly became my nemesis- a few minutes after drinking it my body decided to “return” itJ Strange as nobody else seemed to mind it- many people drink it every morning because the vinegar is a powerfulalkalizer. This was a bad start, very bad start indeed!

Nevertheless, halfway through Michael’s talk I had decided that I was going to switch- will do 2 days of pre-cleanse to get my body used to things and then 5 days of the master program. Still was not sure about the rest of matters and different body “interventions”, but Michael’s charisma made it all sound so simple and non-threatening. I decided to use my husband as a test to see how bad it is (it was his idea to come here in the first place!) Then Michael led us to the Atmanjai centre- just a few meters from the resort’s front desk. It was a calm and inviting place, with water running down awall, falling into a moving stream. There were pleasant tables and couches where people would rest between procedures, prepare drinks and in rare occasions- eat the food the staff prepared and served. The food is nothing more but green fruit and vegetables shakes and green salads, but how good they taste after all of your food was the above-mentioned drinks for a number of days! And here we met some of the Atmanjai staff- Thai girls with the most friendly and supportive demeanor. All the reviews I read were full of praises for those girls, and they were all true, as I quickly discovered. Each one of them had gone through the master cleanse program (which is something amazing, knowing how important food is in the Thai culture). No wonder they were so understanding and encouraging! Add the legendary Thai hospitality and friendliness and you will come a bit close to understanding how wonderful every single person, working in Atmanjai was. The only guy on theAtmanjai staff is one of the best specialists in reflexology on the island. And there is Michael, of course.

Day one and two passed, my husband was feeling well and was not missing food at all. In addition to the shakes, the staff gives you numerous supplements, like sea kelp, herbal nutrition, silymarin, calcium… 9 or 10total to be taken together 4 times a day. And then thereis the daily massage, Thai herbal sauna, different facial and body procedures. He seemed quite happy. So I plunged in as well.

For the next 5 days I lived on a schedule: 7:00 am- firstshake, 7:30 am- yoga by the beach, 9:00- weight and blood pressure check, first supplements; 9:30 am- firstcolema… At 6:00 pm there was a light vegetable broth- the only thing resembling food, followed by more supplements, last shake of the day and a pro-bioticcapsule before going to bed. Someone from the group joked that she felt like she needed an outlook reminder.

Some of you might wonder what is a “colema”. Well, you might want to google it to see, but all I am going to say is that some people end up “returning” different objects they swallowed as kids, or big pieces of years’ old undigested food. Weird, but this is the reality.

Five days went by fast. I thought I was hungry the first morning, but Michael convinced me that it was all in my head. Some days I felt great, other days I felt like I could not move at all. Every other day I met with Michael or Sharon (a fantastic food nutrition specialist and yoga instructor), to talk about my progress. Every single person of the 8 or 9 people who are at the center at the same time, received equal care and attention. I even tried a meditation class (offered free of charge). In addition, Atmanjai works with an array of renowned consultants who (for an extra charge) would help you with almost any problem or phobia you might have. Every day there is something going on (in case you start feeling isolated): a trip to the stunning Wat Chalong, or to the Giant Buddha, or to the Phuket Night market (all free of charge). You can cheat with food, if you want, but as we discovered, we did not want to eat food, even after a few days of only shakes and broths. It was good that the resort had quite a few regular, non-starving guests, because the restaurant, as we discovered after we finished the program, has a fantastic chef.

Fast, too fast the last day at Atmanjai came. We spend another day at the resort and called it “a day of freedom”. But we found out that we were free all this time and were already missing the daily schedule at Atmanjai. The results: my husband lowered his bloodpressure and lost a lot of pounds; I lost 5 lbs, normalized my low blood pressure and got rid of a 4-months old cough. It looks like both of us are allergies-free, have an insane amount of energy and already want to go back next year, as do many of the people we met there (for some, going to Atmanjai is an yearly occurrence). We did not become vegetarians, but rather learned lots of healthy eating habits. Maybe I will never see Burma, who knows? One thing I know for sure-those 8 days at Atmanjai Detox and Wellness Centre changed my life forever.

Photos by the author

Take care of your wellness – So you won’t have to deal with sickness.